We’re back!!!  After a week off, Cait is currently at cruising altitude somewhere around the Arctic on her way back to Asia, and Tiff is nursing a cold she caught in 24°C Cambodia…but who cares, we are so excited for all those new ideas we’ve been brewing through the holidays to get real.  But first, some resolutions! 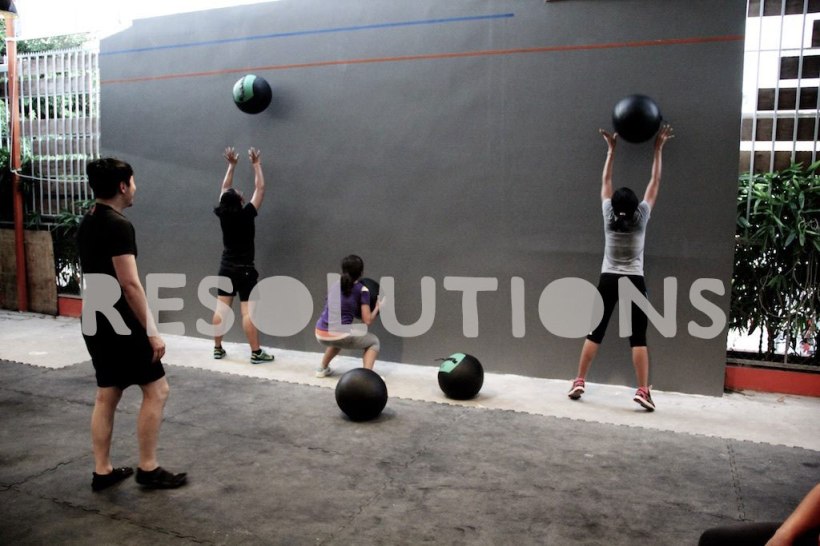 It was going to happen eventually.  I was going to have to write about it.  That thing that I do five out of seven mornings in a week.  (Except today of all days, when I woke up the sniffles and a very inflated head.)  The conversation topic that eventually builds when two like-fitted individuals get together at just about any venue or event to discuss the morning’s WOD.  And hey, 2015 has just started. Peeps are making resolutions.  So why not a better time to write about that it. Yeah that thing.

I got roped into it around 2013.  My friend Corbett thought I could be doing better.  Well, exercising better.  I was also at the height of frustration with my body.  My late twenties had hit and all of a sudden I couldn’t have a bacon blue cheese burger one night and chicken tikka masala a couple of days later and have my body not give a darn.  The body changes happened seemingly overnight.  My usual work out on the elliptical or tread mill paired with a daily commute on my bicycle wasn’t doing it either.  So Corbett roped me into his bootcamp: a little crossfit-almost activity that we did in the parking lot of a gym in the middle of a residential street in Phnom Penh.

One year later, Corbett got his licenses and certifications together, designed a snazzy little space, recruited the most awesome of coaches and Crossfit Amatak (that’s infinite in Khmer for the rest of you) opened up shop this past summer.  I’ve officially been Crossfitting, with about 70 other Phnom Penhers, since August this year.  And I don’t see myself stopping anytime soon.

Now what is Crossfit?  It’s commonly misunderstood and frequently derided. Women fear getting “too muscly.” Men picture pre-barbarian Arnold Schwarzeneggar.  But this globally loved sport and approach to fitness is probably the least scary exercise (just ignore those grunts).  The risks are just as high in any other sport when you don’t have the right coach. 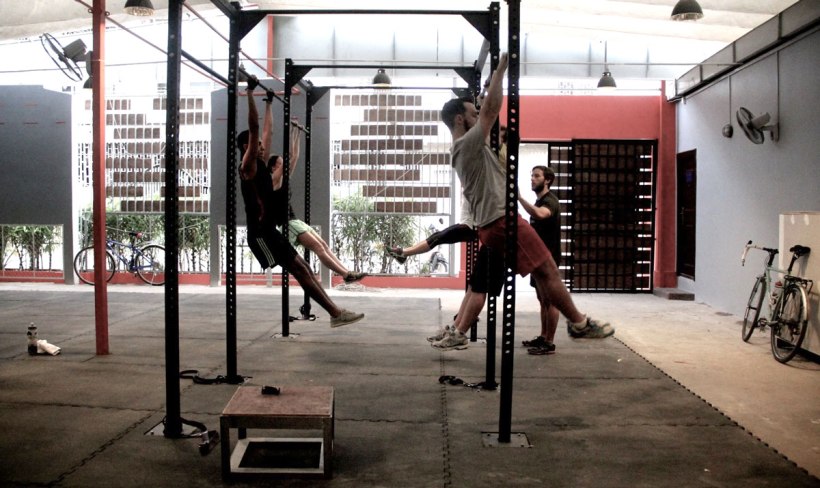 It is all about high intensity and functional movements. It’s also about friends, fun and support, all in the spirit of fitness through the gymnastic, cardiovascular and endurance activities one grows to love.  The constant striving to reach that personal best.  (I’ve still got my eye on you, strict pull-up.)  At one point (it usually hits after a couple of weeks), you wonder what the heck life was without it.  I don’t think I’ve felt this good in years since getting acclimated to adulthood (ie. turning 30).  We’ve made such good friends and it’s really established a new community in the city.  And the best part – it’s pushed us all to live much healthier lives.

So I thought I’d share this heartwarming little doco on the topic today.  Not just about crossfit, but the wonderful mood and psychosocial impact that exercise can have on anyone.  And remember, it’s not about what you do, it’s that you do it.  Whether it’s yoga, zumba, P90x, marathoning or whatever gets your heart pumping, we can all agree that some form of exercise is more than good for you.  So with the start of 2015, go and give Crossfit a free trial class at your local box (if you’re in Phnom Penh, sign up for a free trial, every Saturday at 10am!).

Group Therapy: a documentary from Rennie Brown on Vimeo.

All photos by J. Corbett Hix. Please request permission for use.

Not only was a reigning women’s Crossfit champion featured in Vogue, her family name mean’s “daughter of Thor.”

A little bit about Crossfit from a health professional, and breaking some myths about it.

A great little treatise on looking good, feeling good and balancing everything society may expect of you.

Just get up and do something.  Sitting is the new smoking.

One thought on “T / happy monday / that (cross)fitness resolution”