Warning: Some of the links embedded in this post lead to NSFW +18 content.  Viewers beware! Also, yes I’m a big weirdo.

As peeps who have decided to take a complete turn on their careers and a veer into the creative, we are often asked “what inspires you?”  On one hand, because the world is our oyster and we’re only just stepping into things, the answer is everything.  And you see this on the blog.  We are experimenting and learning from everything and everyone.  For me, on the photography, layout and content side, there is the food, the fashion, the travel and really cute pictures of toddlers that I’ve been taking for friends. I love that stuff.  On the other hand and under the surface, I’m also still trying to define and evolve towards a personal style. Of course this takes time, time and a focus to take risks. And learning. A Beautiful Mess even devotes an entire lesson to it. And at the end of the day, time spent on focusing what inspires me.  This usually involves creating a pin board.

And in doing so, it all brought me back to my love for Vice Magazine.  Can I count the ways?  I still remember being fifteen years old, looking for some way to define myself and rebel against the norm.  I loved counter culture. I spent most Fridays after school in the at-the-time slightly grittier Queen Street West area in Toronto mulling about with friends who loved the alternative.  One day, I wandered into Vice Magazine’s little outpost (yes they’re Canadian!) they had there back then and a lifelong relationship was born.  At this point, I’d like to describe my gratitude for two things: 1) that Vice was, and still remains, a free print publication producing high quality visual content and 2) an abnormally progressive Asian mother who happened upon issues of Vice among my belongings and recognized it as art.

Vice specializes in the raw. The ugly as beautiful. The just plain weird. The writing was biting to say the least.  It acknowledged that life was not pretty.  But it was gorgeous. And deep.  Portraiture that could captured so much of a person that you could see deep inside their soul. They were sumptuous not in the way of Condé Nast Traveler, but in a whole way of their own crazy invention.  (Controversial Confession: I actually appreciate Terry Richardson’s style of photography.)  And in doing so, they were often the first stake claim on the next big thing. Whether it was David Chang’s Momofuku, American Apparel or Kanye West.  At the same time, Vice Magazine isn’t something that everyone will love.  While the magazine itself has moved into the mainstream (hello CNN and HBO!), I feel like it remains true to itself by touching on elements of life and society, especially in the rich west, that aren’t typically acknowledged.  Also, it’s sense of humour? Well it’s on fleek. And more akin to everclear than a dry crisp chard.

I also learned that the visual medium was a way of achieving voice. I often find it’s difficult to authentically write what I feel (after years of public health-ing it).  I sound like an instructional video at best. Instead, I like to think that I capture that better in the visual sense.  The magazine recently described twenty-one year old photog Prue Stent’s new showing as beauty that is “dreamy and gruesome.”  I suppose this is what I would like to start achieving one day.  I find beauty in lady muscles.  And the mess of a wet market.  The bipolarity of life. Heck, I live in Phnom Penh.  In emerging Asia. That should be sufficient cause.

So today, I wanted to share some of my favourites from Vice. (Don’t worry – nothing too risqué here…just plain weird, though some of the links lead to NSFW content). 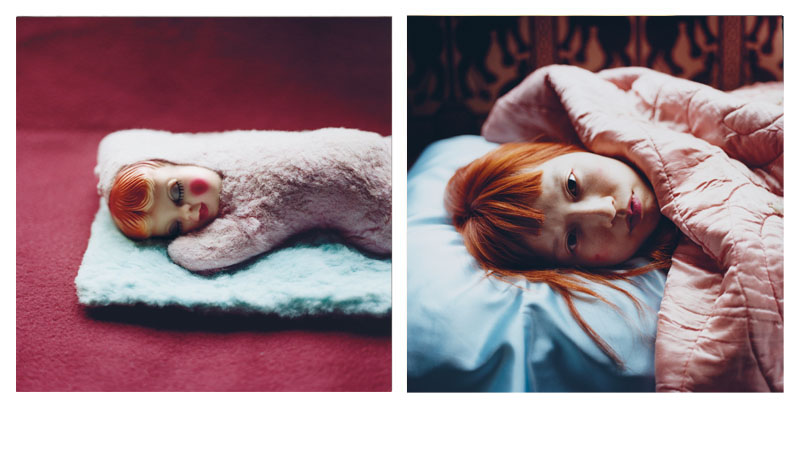 Photo by Stacy Kranitz for Vice

Photo by Stacy Kranitz for Vice

Photo by Julien Morel for Vice