I can’t believe Cait had to miss out on this month’s boozy post.  She would usually have a better preamble for John’s concoctions, but all I can say is that on a Sunday afternoon in Phnom Penh, we assembled a tiny group of rum makers and enthusiasts (including the lovely Lin), had both a chemistry and history lesson, and got a little tipsy.  Big ol’ thanks to Daniel and Antonio for letting us invade their space (in the daytime!) and we look forward to some future collabs and photoshoots!

Bottle’s in your court now, John!

The fine folks over at Samai Distillery were kind enough to host us at their amazing distillery and bar for this version of our Fancy Drinks get together. I really can’t think of a better way to spend a Sunday afternoon. 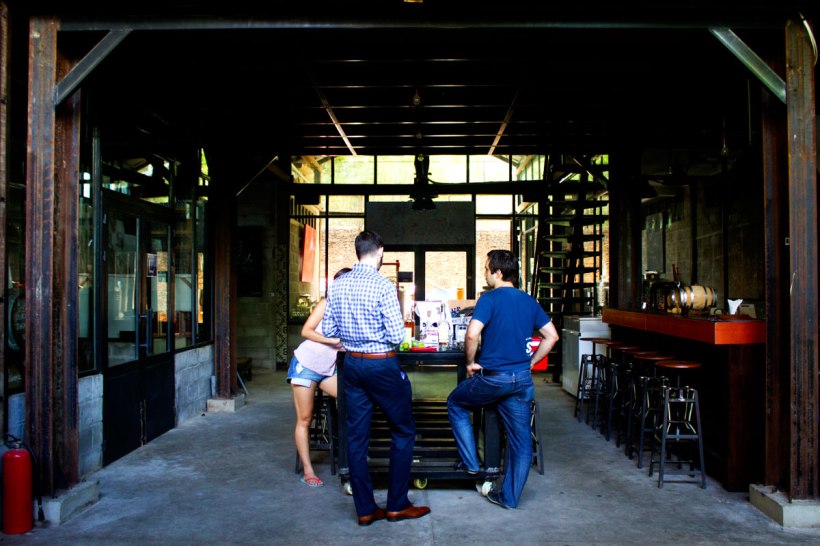 Samai is the first and only rum distillery operating in Cambodia. They also open up their distillery on Thursday nights to serve thirsty Phnom Penhers.  While they are still in the process of developing their flagship premium aged rum (along with a number of other varieties), they are definitely on to something great. Samai follows the classic Spanish method for making rum, distilling the alcohol from locally produced molasses (a byproduct of the sugar refining process) in their traditional, handmade 1800s copper stills before aging in sherry casks. Comparable rums – in terms of process – are those made in Venezuela, Cuba, or Nicaragua, such as Bacardi or Flor de Caña.

The pairing with Samai could not have come at a more perfect time. I’ve long remembered a challenge from a C+T reader to incorporate palm sugar into a drink; I would feel a pang of guilt every time I saw a box of Cambodian palm sugar on the counter whenever I would make a drink, left unused day after day. Recently I was perusing a copy of Beachbum Berry’s Potions of the Caribbean and came across a recipe for a drink called Ti Punch, and the seedling for this post was planted; Tiff made the connection with Samai, and here we are. 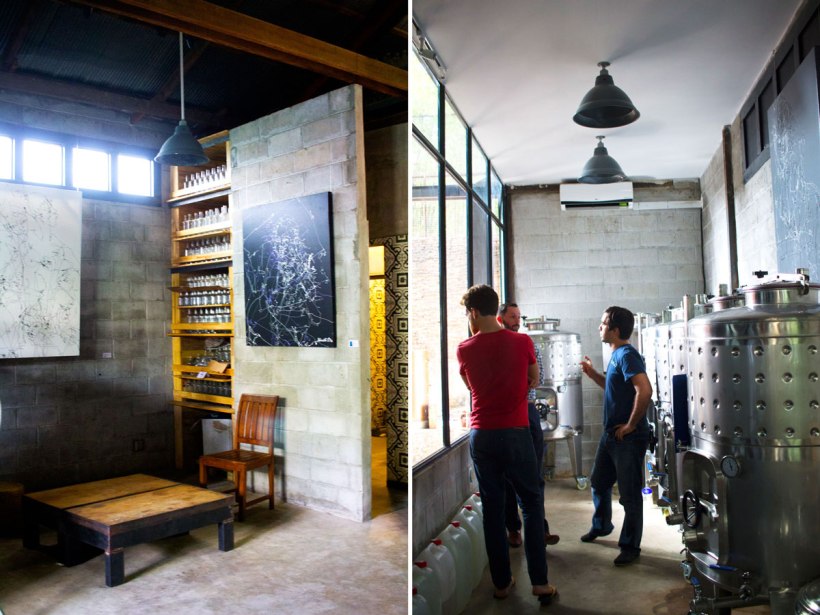 The original recipe for the Ti Punch calls for sirop de canne. Making sirop de canne, which involves a reduction of fresh sugar juice, is a messy and time consuming process. We’ve done a few labor intensive posts in the past and I wanted to keep things simple this time, so we cheated a tiny bit. Following Beachbum Berry’s advice, I made palm sugar simple syrup instead (see below for details). If you’ve ever made simple syrup with white, processed sugar, you’ll see and taste the difference immediately. The palm syrup has a dark, rich, coffee color with a touch of froth when shaken and a deep, earthy flavor. This is not something you add simply to sweeten a drink – you’re looking to add some heavy flavors, too.

The original recipe also calls for rum, agricole, rather than the Spanish style rum that Samai makes. Agricole is distilled from fresh sugar cane juice (rather than molasses), so it too has a much earthier flavor profile compared to most rums you may be familiar with. Since the palm juice is not processed before fermentation, you get a lot more of the natural, grassy flavors of the palm as well as the flavors from the soil it was grown in. It is a difference that is readily apparent when tasting side by side with a molasses-based rum, not unlike comparing Scotch whisky and Kentucky bourbon; they are readily distinguishable, though one is not necessarily better than the other and both have their uses.

We did a side by side testing of the Ti Punch made with an agricole from Haiti and Samai’s aged rum. Both were smooth and excellent, with the rums contrasting, and complemented by, the lime juice and palm syrup in different ways. The Samai Ti Punch was certainly the sweeter of the two, with notes of honey and fruit readily apparent. If I were to use Samai again, I would experiment with a touch less of the simple syrup.

Regardless of the rum you use it is an excellent drink, the perfect companion for a July evening whiled away on a balcony in Phnom Penh as the summer rains fall on the city.

Cut the lime in half and squeeze both halves directly into an Old Fashioned glass (pulp, juice and all). Leave one spent half in the glass. Use the other half to rub the rim of the glass with the rind, and then discard. Add the syrup, rum, and ice to the glass and stir to chill.

Heat the water close to a boil then mix with the palm sugar in a clean container, stirring frequently until the sugar is dissolved. Seal and store in the refrigerator, and it should keep for 2-3 weeks.

Thanks for the most excellent post John!  He’ll be back again in August when he brings us not just one but four different cocktails!  In the meantime, check out the rest of John’s fancy pants concoctions here, and his fabulous mixology blog, Alchemy & a Twist.

All photos by Tiffany Tsang. Please request permission for use.  C+T are no liable for any inebriation that follows following the instructions of this post.