A few times a year, I flip out and shake my life out, getting rid of as much stuff as possible. Now is one of those times. After being in too many countries the past few months and living out of suitcases and on air mattresses, I have collected a bunch of crap that I honestly don’t need.

I think there is also something psychological about it. I am back in Phnom Penh and my brain is trying to figure out how I feel about it.  It feels different to me now after the summer in London, and I don’t want to slip back into pre-London life,  getting stuck in the same old comfortable things. So maybe if I throw a few of those things away, I can make life here feel shiny and new again.

Anyway, enough of the feelings and onto the getting-rid-of-all-the-stuff, stuff. Because I going to purge all the corners of my life, I need to make a list, and be able to physically cross things off. Here is what I have so far.

I can’t wait to tick all those boxes.

According to Marie Kondo, who literally wrote about The Life-Changing Magic of Tidying Up, I am on the right track. It’s worth watching her video below if you don’t have time for her book, as she goes through the process of trashing things in the right way. Her main message is to only hold on to things that bring you joy. Now this is a little tough in some areas, for example, I don’t get joy from toilet cleaner, but I am not throwing that out. But for most items, it makes sense. If you are in charge of what goes in an out of your house and life, why hold onto things that don’t make you happy? 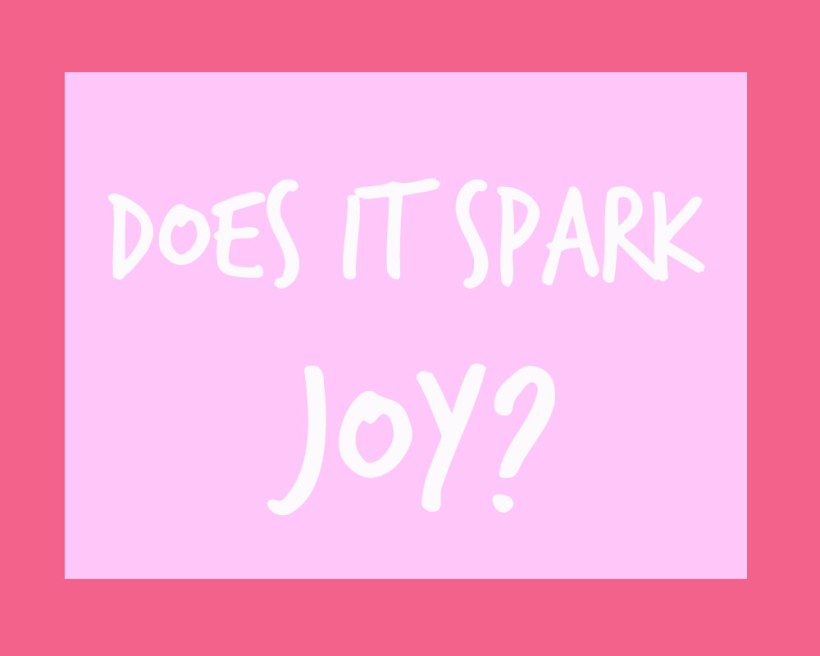 The thing that she doesn’t mention, that I think is CRUCIAL to success, is music. To go through all of your worldly possessions and toss a bunch of them with Adele playing in the background is a terrible idea. The point is to toss, not curl up in the fetal position, sobbing into old movie tickets and a free t-shirt. So pick a fun playlist. Tiff created a bunch of fun ones on our 8tracks channel, and I particularly love this one and this one. You can also just deep dive into the Taylor Swift abyss, which has been known to happen in these parts.

Now I’m off to fill up garbage bags full of things I used to think I needed. I will report back in a few days with the progress, or be suffocated under piles of old tube tops and smelly lotion. Either way I will post a photo.

One thought on “C / a proper purge”