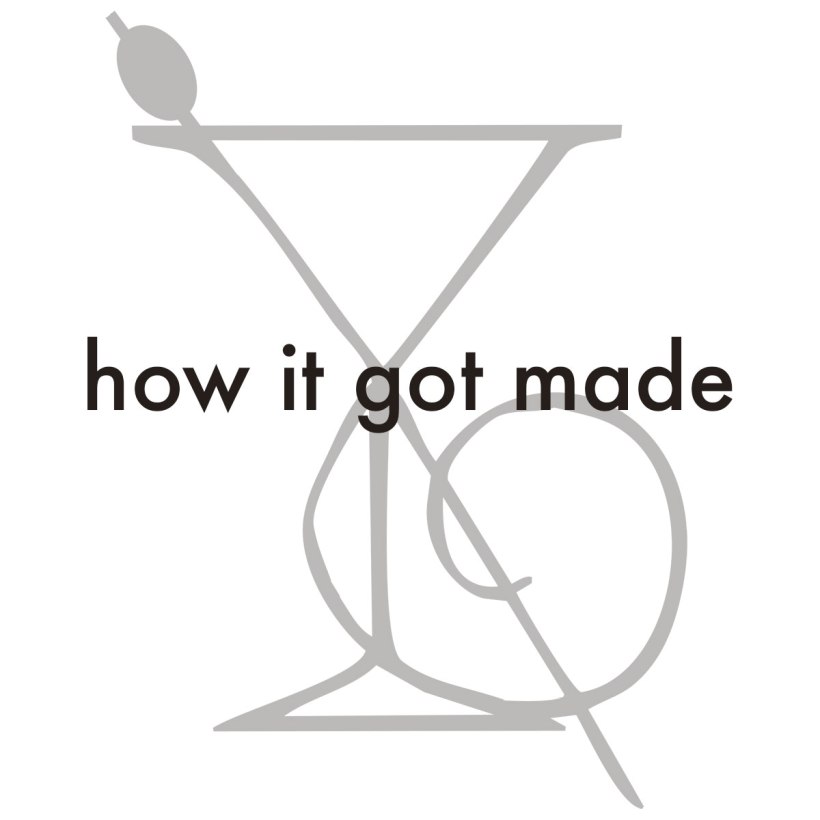 One of the funnest, more challenging and just plain cool design projects landed in my lap this summer.  Design an ampersand.  And with John’s impending departure, and the re-branding that’s happening on his site, I wanted to tell the story about how this little dudette came to be.

Our resident mixologist, John (you’ve met him right?), asked me to help him design a new logo for his blog, Alchemy & a Twist. I was delighted and excited in the way that happens when I’ve had too much caffeine (Cait knows this Tiff well).  If there’s one thing I know, it’s typography. So very quickly, I got through the selection of a typeface (Connie) paired with a worn out and crumpled background.  John and his stateside co-blogger, David, approved.

Now about that ampersand; John and David were pretty clear: it should look like a cocktail glass, with a lemon twist wrapped around it.  It should also have a bit of a 1920s speakeasy feel to it.  There was a Pinterest board to make sure we all knew what was being talked about over oceans and continents.

We played around with actually wrapping a lemon twist around a martini glass.  And this is what turned out: 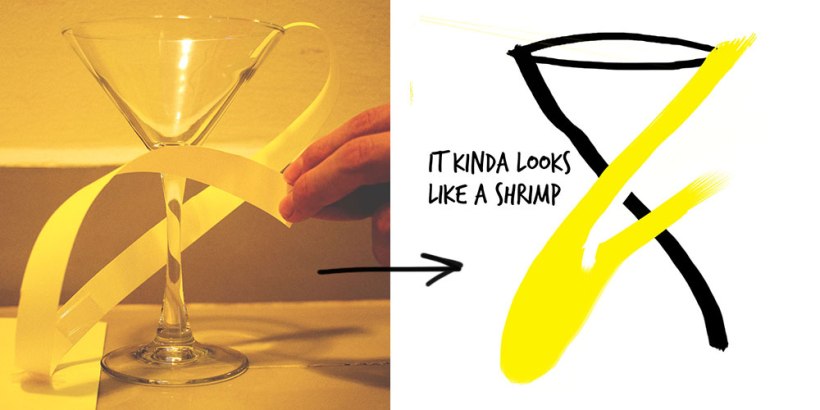 The little shrimp wasn’t quite what John and David were looking for. We scrapped the lemon twist.  It didn’t quite go well with that vintage Prohibition-era feel they were going for.  And John came back with a great description of what he wanted: clean and soft. Something like this:

I sat on it for a while.  I was stuck.  Like really stuck.  This involved staring really hard at all of these guys. Because, of course there’s an entire tumblr devoted to ampersands.

But after some scribbles, some tries, some re-tries. It all happened.  And it looked a little Edward Gorey.

And I started calling it a she. And she got cleaned up.  John suggested adding a cocktail stick and an olive, and what chick doesn’t like a couple of accessories?

Since we started on this road, I think this is one of my favourite projects to date.  And I’m happy that the little martini glass ampersand found a home on Alchemy & a Twist’s new logo too! You’ll have to click on their site to see the whole thing!