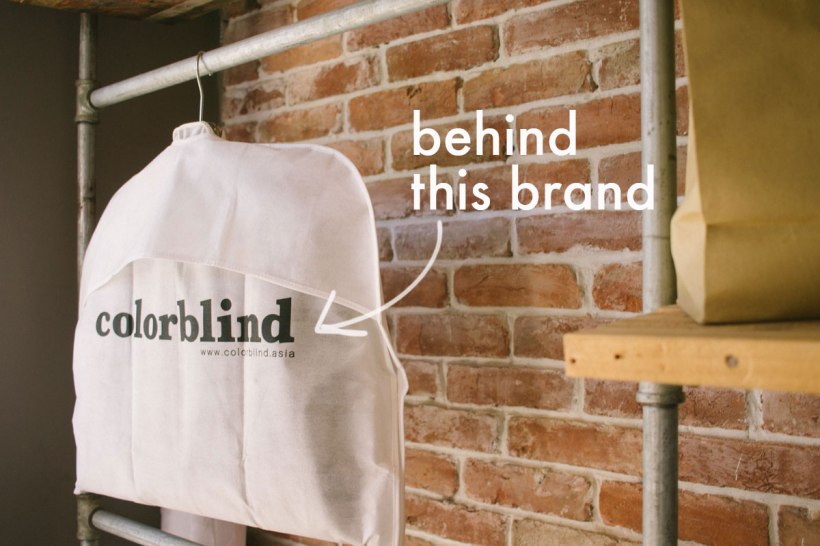 Jean-Benoit Lasselin arrived in Phnom Penh without the intention of becoming one of Cambodia’s most interesting and creative designers. But of course, he did just that. With a background in political communication, JB touched down Cambodia in 2008 with a few classmates, looking for an adventure. He got one.

He was raised in France and his grandmother is Vietnamese. He didn’t learn the language, which he now regrets. The family wanted to assimilate into French society, and that meant focusing on French. (Though having Vietnamese these days would have really helped with regional suppliers…)

It’s just they were immigrants from Vietnam. So they wanted to integrate with the high-French society, so we had to. We grew up with very strong codes of being very French and how to be super French…more French than the French.

JB took a communications job, but spent a lot of his time at the tailor. Known for his natural sense of style, friends would ask for his help when getting a suit made, or whenever they needed something made with a bit more class. Eventually, his reputation got the best of him when a friend asked him to present a collection for the 2011 Phnom Penh fashion week. He had a month to put it all together, and had never done it before. No big deal.

After a month without sleep, the show went off without a hitch. One of his best friends was once a model and was able to guide him through what a fashion show should look like. He was one of the few designers showing men’s fashion and his line was a huge hit. After the show, he became so busy with his new project that he left his full time job to pursue a career in fashion. And that’s how Colorblind was born.

It’s worth noting the name of the company. JB is, in fact, colorblind. He sees shade, warm vs. cool, dark vs. light, but never the exact color. He relies heavily on how each fabric feels, and sources fabrics from France to India. The textures and non-traditional colors add a beautiful element of the unexpected to his designs, and every piece feels unique. 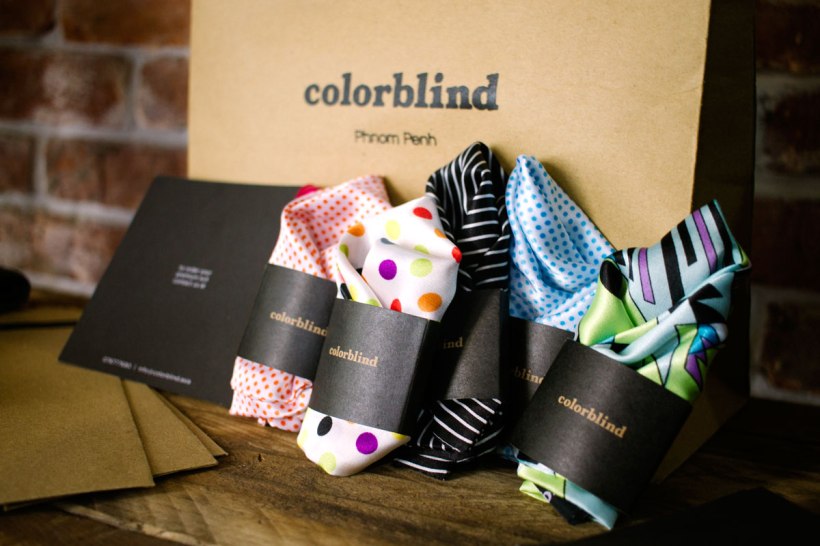 He cares deeply about the clothes that he makes and works with every customer to ensure they are happy with the details. He gives advice as to what cut would look best, how many buttons should go in the front, if the fabric will wrinkle well, and if the piece is more for work or for a wedding. He knows his stuff. He will recommend a fit, but can can adapt to what the customer wants.

My favorite part is when I have a couple and you have a man trying on the suit and the wife is sitting here and the man asks ‘how do I look?’  And the wife is like ‘smiling and nodding head.’ It’s the best reward I could ask for. You should get that one in every color.

Customers often start out with a “safer” option for a suit, and then as they figure out how fun it really is to have red polka-dots in the lining, they do that in the next order.

He likes to change it up and bit, and does two full collections a year, a long with the ready-to-wear line that is sold at the Sofitel in Phnom Penh. It’s uncommon for most designers here to have more than one collection a year, so it can be a struggle convincing the team that its worth it, but it absolutely is.

You can visit JB at his shop on street 57, near the corner of street 294. If you go in for a look, be warned that you may leave with a suit. And a quick word of advice, let him do his thing. You won’t regret the polka-dots.

All photos by Tiffany Tsang, please request permission for use.