She’s always been at the top of her game, but then she blew the roof off this past weekend when she released Lemonade on HBO. Everyone bow down at the temple of the Bey.  Those visuals that juxtapose harsh urban and soft historical with a whole neo-gothic feel all about, seamless poetic interludes, Super8 shots!, and the power of and beauty and diversity of all the women she features throughout (read more about the production here).  Moments of sheer delight next to deep darkness.  Primacy on the experience of the black woman across generations and ethnicities from French Yoruba (Ibeyi) to Jamaican Canadian (Winnie Harlow).  The subversive social commentary.  There is an interconnectedness between each and every image no matter how starkly distinct they are. I was blown away and so inspired. There are very few longform visual pieces that I find

myself feeling this way for.  So after more than a few viewings, I wanted to showcase some of the profound cinematography Beyoncé and her team created for this evocative visual album.  Beyoncé has officially taken the music video medium through the sky and beyond.

If you haven’t watched it yet, you can watch the whole thing here for free.

PS – Lemonade was totally on repeat through producing this post.  It’s a legit good album.  If you don’t believe me, at least listen to the hipster music gods.

I’m pocketing this for a lookbook!

I’m feeling completely justified for hiding some of my models behind plants and certain framing decisions I’ve made in past shoots.

Have you watched The Witch yet? Now mash that up with some early Missy Elliot. You know which one I mean.

All the ladies. So much power in this shot.

I’m doing a ton of portraits these days, but I’m keen to get outside the box of traditional angles and frames. 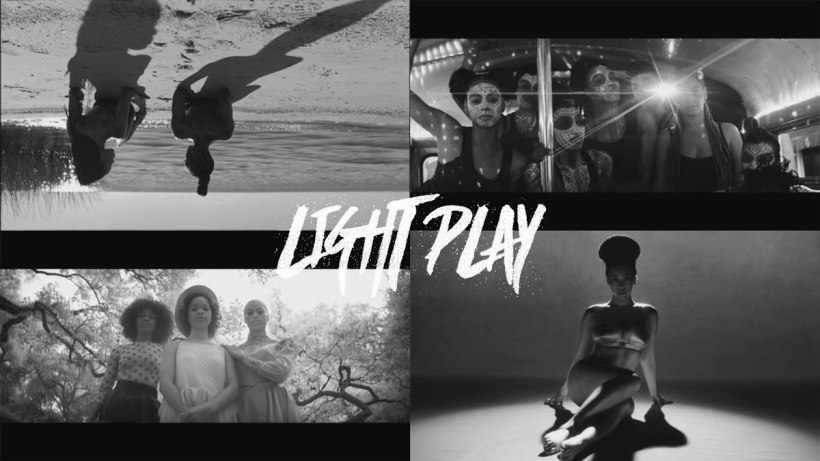 My fave is the one on the upper left. Now that is genius.

All the fonts! Kuba Reczny, Bakery, Asphalts and Haze.