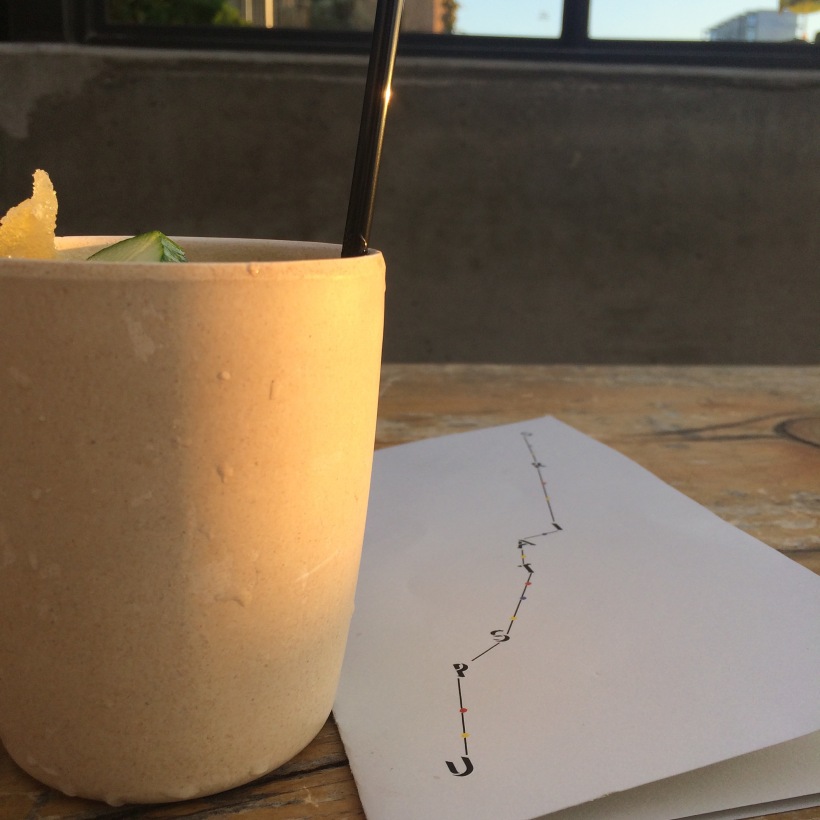 A few weeks ago, I went to the Ace Hotel in Downtown Los Angeles. I was with one of my best friends, Megs, and she was giving me the cool-kid LA tour, in effort to convince me to move there. It might be working.

(Writer’s note: it’s 5am and I have been up since 3:30 and I just finished watching the last episode of OINTB, and I am all full of feelings and potentially too much coffee.)

I remember when the Ace opened in Portland, just after I graduated from college. It was cool and dark and moody and they served the coffee that I used to get for my dad for Christmas, the now hipster-staple, Stumptown. The Ace empire now stretches from Seattle to Panama City and across the pond to London, where I might finally be able to afford a drink, thanks to Brexit. #thanksbrexit #jkyouareawful

In any case, I was worried that the LA Ace was going to be full of heavily-curated, overly-hip outfits and side eye, but I was wrong. (Mostly.) The people there were super nice, and at one point in the evening the DJ stepped out from behind the table to dance with his three year old daughter and the collective cold heart of the city melted. It was surprisingly chill and welcoming, the drinks were solid, and the pretentiousness that I expected was no where to be seen. But that’s because it was at the pool.

After I reached my grown-woman, two drink limit, I went to use the ladies. To get there, you have to walk through the pool area. I was glad I was wearing my new jeans, these sweet culotte things, because they weren’t going to drag on the wet pool deck, and they make my butt look fantastic. As I was walking back to the bar area, I heard a voice from about three feet away:

Bruh, sitting next to the pool, watching models that won’t talk to him: “What’s with girls wearing those stupid ass jeans now. I see them everywhere, ugh.”

At first I didn’t think he was talking about me, because 1. he was a 40 year old man wearing a flat-brimmed baseball hat at night, and 2. because I was THREE FEET AWAY, and who says that kind of thing, especially within earshot? My first reaction was to say nothing, but then I didn’t.

Me, whipping around in my magic butt jeans: “I can hear you.”

Me, double pointing at my pants: “These pants are awesome.” Then I walked away,

It was a little violating, and a little awesome at the same time. Obviously violating in that some non-contributing zero decided that he could talk shit about a random stranger, pretty much to her face, and clearly expected her to take it. Awesome, because I didn’t. I would have, in most of my life, and decided that the confrontation wasn’t worth it. I would have walked away with a bunch of snarky things that I didn’t say, swirling in my head.

So yay for me for yelling at a dummy, getting mad and saying stuff, and eff the patriarchy.

I hope all that made sense, I need more coffee.