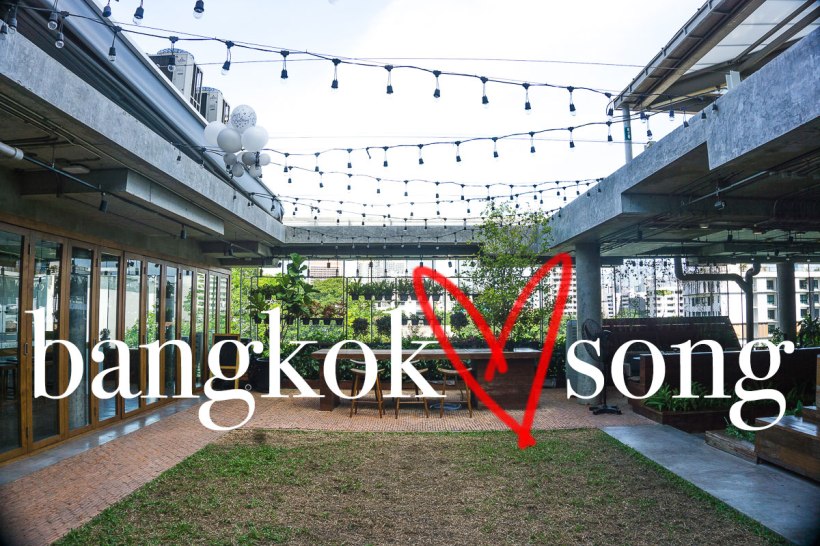 It’s become a tradition now.  Tiff gets new contract.  Then Emily says I’m coming to Bangkok.  Tiff immediately says I’M COMING (because having a new contract allows for flights of fancy).  Tiff gets the heck out of dodge.

But first, a little bit about Emily (read her stuff here! and here).  We met by chance outside the offices of this big organization in Phnom Penh nearly six years ago.  We share the same birthday and at the time of our meeting one friend, which quickly ballooned to 28.  Emily is also the one who introduced me to Cait.  And there was that infamous roll of Hello Kitty duct tape from Target involved.  And now we have this blog and amazing friendship and all these things I hold so dearly.  So now you get it.  She’s gorgeous.  The conversation, brunch, gin and wine are in constant flow.  We both love Emily.

And now about Bangkok.  It’s got to be my favourite city in Asia.  With the class and familiarity of Hong Kong (but without the prices, or my relatives), and the kids are so incredibly hip.  The culture is homegrown and authentically Thai.  It is so easy to get around (Uber and GrabTaxi are your apps to get) – and there are trains!  I’ve written about it before.  I’m writing about it again.  The place is delicious.  This time I hung out around the downtown center.  Here are some of my faves. 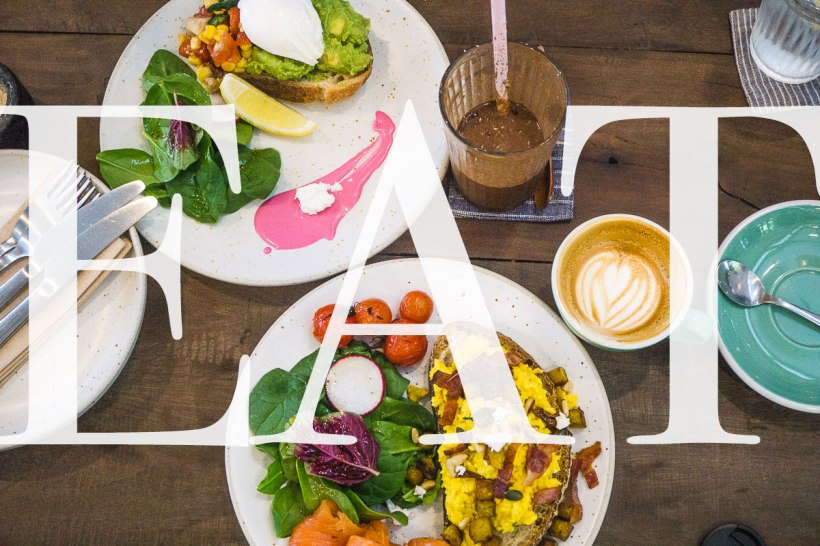 Start at The Commons.  You could in theory have all of your meals here. In my case, I actually did, over a 24 hours period.  With Em not getting in till the following morning, I landed, based myself in the super central and perfect Thong Lor neighbourhood, and went on to have dinner, drink, big breakfast and coffee as lunch (because if you’re a Thai barista that just invented a thing called Banacotta – why not) all at the best concept to have ever been developed.  Imagine if all the best restaurants in the city decided to open a small stand at a hawker center.  Then bring a few great designers, air conditioning, a great community vibe and you have The Commons.

Any trip to Roast requires two coffees. The special one you need to wait for (because it features cubes of espresso that will slowly melt into that ice cold cream). And the one you need now.

You can actually have coffee as your lunch here. Because you’re probably so full from all the other meals. But also because the crazy baristas at Roots decided to put banana panacotta in your iced latte. 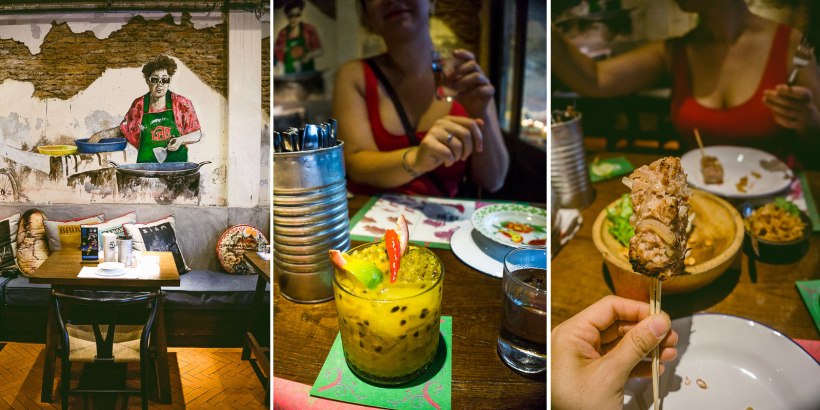 Then Em arrived and we needed food.  Specifically Thai.  Thanks to our Bangkok expert, Jane, we were well armed with recommendations.  I originally thought Err was Jane’s way of saying that she was thinking.  It’s actually a really great rustic-style Thai restaurant down an alley near the Chaophraya River.  You feel every flavour.  Not because there’s a massive chilli in there.  The drinks are curated and so well designed around Thai ingredients.  I’m craving Issan sausage and green curry as I type. 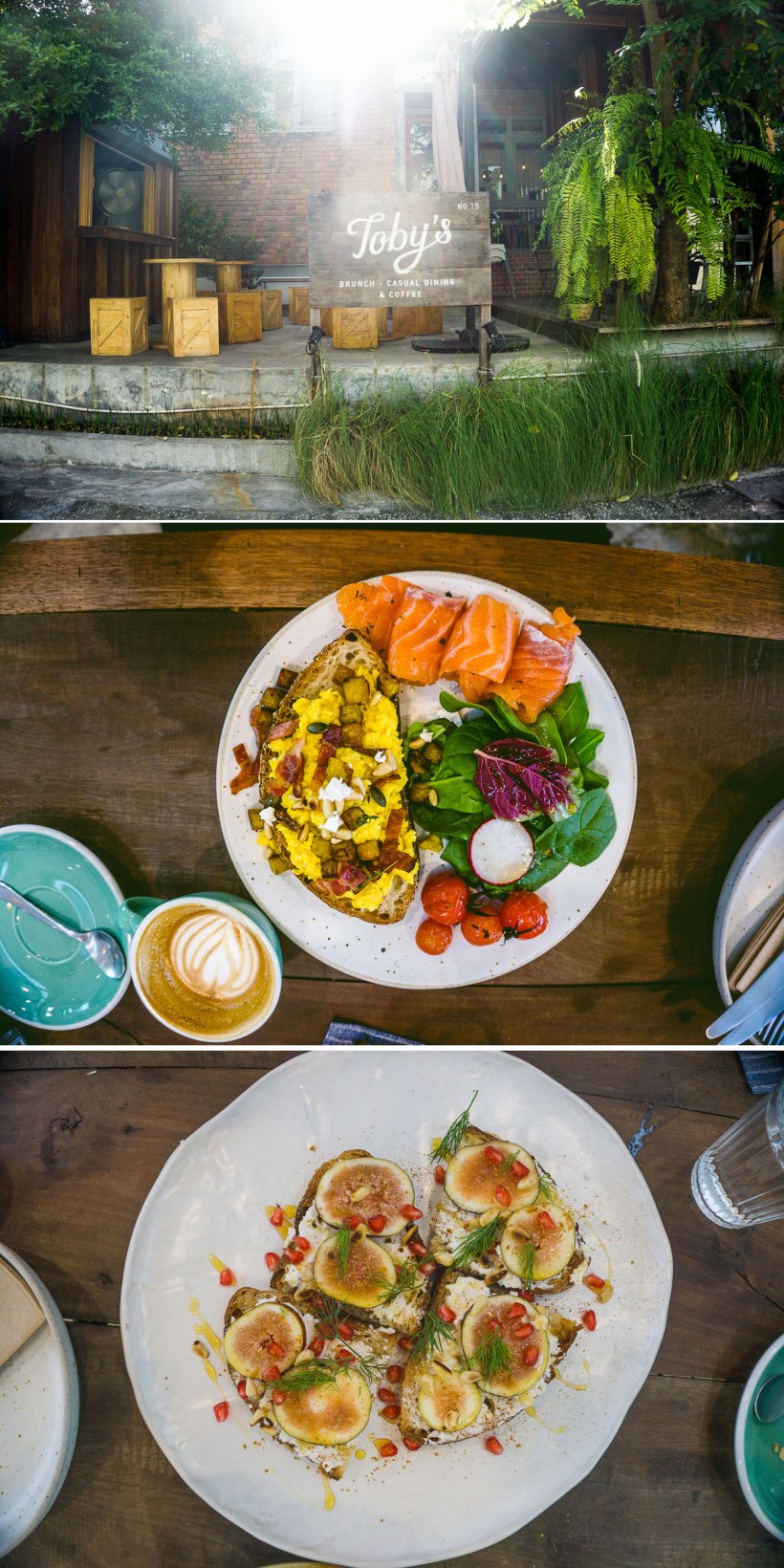 Yet another Jane recommendation!  This one I had squirrelled away in one of our communication channels (there are at least 4).  When I found it, Toby’s on Sukhumvit 38 instantly became a brunch objective.  Because that’s apparently how I view food.  With our limited time together, every meal and drink had to be quality.  So that pumpkin scramble with smoked salmon had to be followed up by a ricotta toast topped with figs and dill.

Emily and I have fond memories of sunset balcony hangouts over G&Ts.  So naturally I made us attempt to drink every single gin concoction that was part of Bangkok’s Gin Jubilee earlier this year.  We only made it to two. But The Bamboo Bar at the Mandarin Oriental was by far the most memorable.  Just LOOK AT THIS PLACE.  It’s gorgeous in that colonial way you might feel ever so slightly bad about adoring.  Also – where’s Ernest Hemingway? 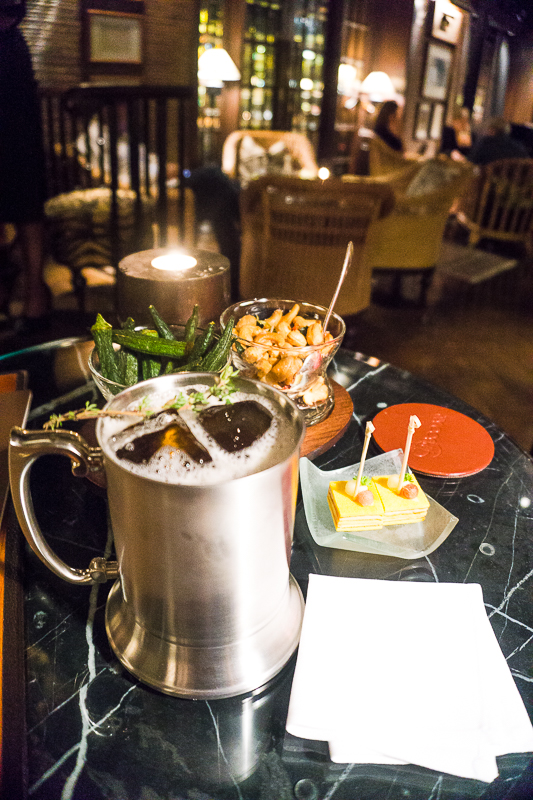 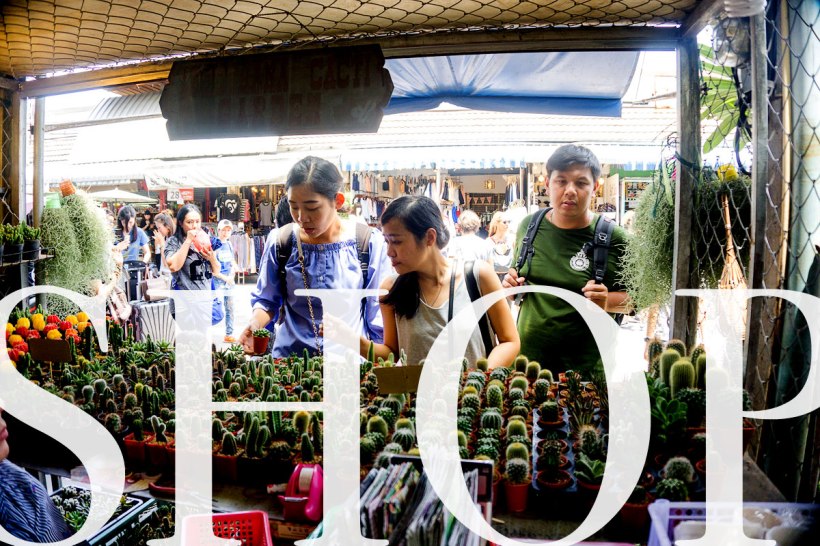 Cait’s written about JJ market (sorry – Chatuchak).  So I don’t need to add to the poetic waxing.  But this is where you can find one of our favourite bag companies, TA.THA.TA (hi Kivi!) and all the treasures, which in my case were cacti and succulents.

Some JJ tips.  It gets HOT.  Bring a big shopping bag because you’ll unexpectedly wind up with a bunch of tiny things. 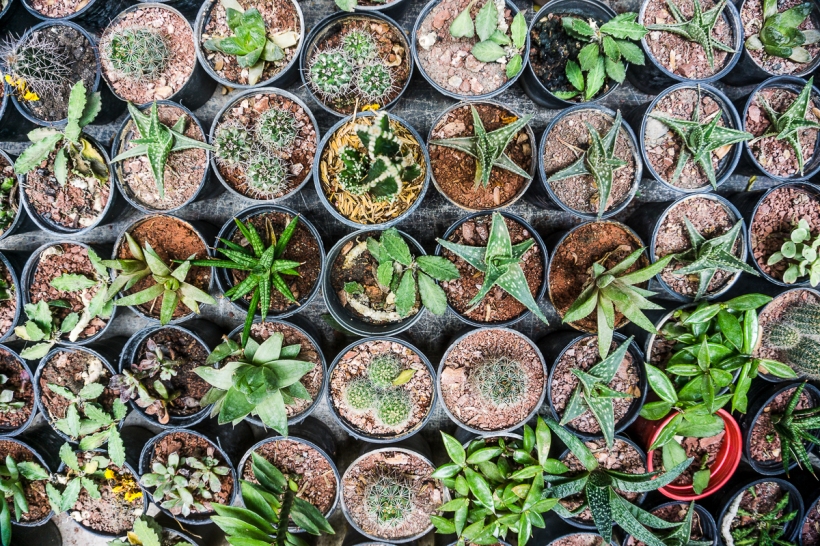 I usually don’t go for the tourist sites in Bangkok.  But Jim Thompson has always stoked my conspiracy theory tendencies.  Not only did the guy helped reinvigorate and bring the Thai silk weaving traditions to the West, but he also went missing while “going for a walk” in the Cameron Highlands of Malaysia in 1967.  So when Emily made the suggestion, I gave an enthusiastic YES and then went on to tell her all of my Cold War conspiracy theories (sorry Em).  But mysteries aside, the Jim Thompson House is a gorgeous museum of a very cool period in Bangkok’s history. His house is a traditional masterpiece that remains in sumptuous green despite being in the heart of Bangkok.  Also there’s a bunch of pretty silk on sale. 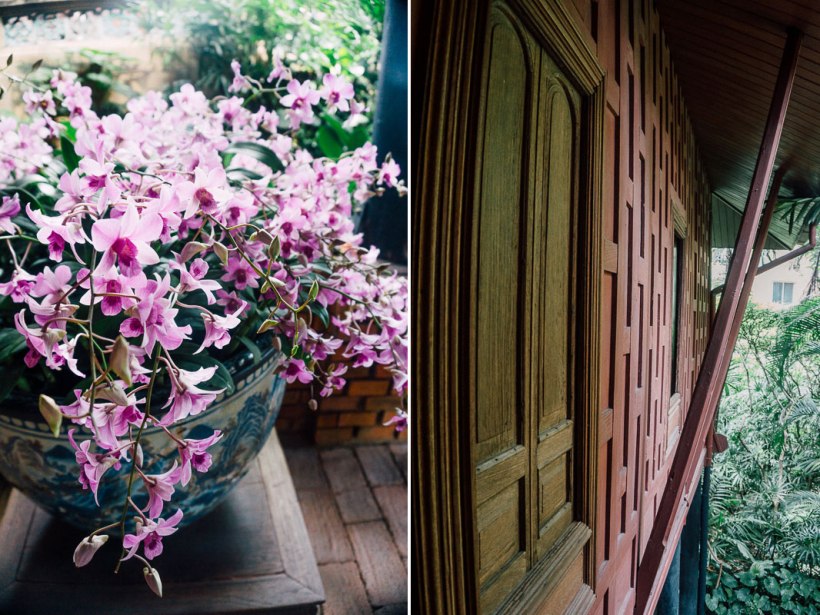 All photos by Tiffany Tsang. Please request permission to use. Cait+Tiff are not liable for a costly Bangkok habit.