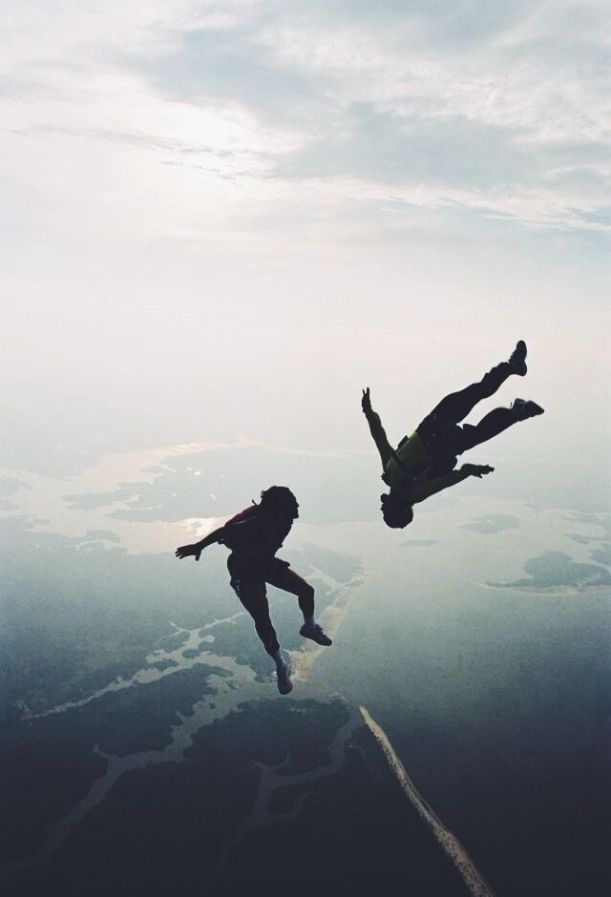 It’s been yet another busy week!  There were so many plans for today’s post but a few little things got in the way.  Like making daikon radish cake in celebration of Chinese New Year but forgetting to buy dried shrimp.  Or finally getting our About page finished (because we know you’ve been clicking), and getting horrible writer’s block. But with Caitlin designing pieces up the wazoo, a kickass photography course I was just introduced to (thanks Jen!), partnerships being formed and long term planning being done, we’ve discovered there aren’t enough hours in the day.

So where do I go when things start to whelmed?  I go ga ga over my tunes.  If I didn’t have music, I don’t know what I’d do.  I was a little bummed in 2014 because it wasn’t a great year for tunes.  Then 2015 happened and my faith in the industry has been restored.  We’re only two months in and I’ve racked up a few from old favourites to the deep dark indie web that I wanted to share with you.  I’ve never been into the emo spirit of Chris Walla and his Death Cab for Cutie, but their new single is making my month.  POP ETC have brought back an old classic for a cover, GZA and Tom Morello make a great baby together and Calexico’s giving me good beats to start the morning.  Meanwhile, UK newbies Years & Years are giving me a jam I want to get on a dancefloor with and Speedy Ortiz brings it back to the 90s.  So enough of the talk.  Here’s my mix of slow jams and fun new digs to get the year on with.

PS – Are you anywhere near Ontario this coming July?  Skip Coachella and Burning Man. Make it a road trip, go camping in the Great North and see all of these AMAZING acts. (Kendrick Lamar! St. Vincent! Girl Talk!). 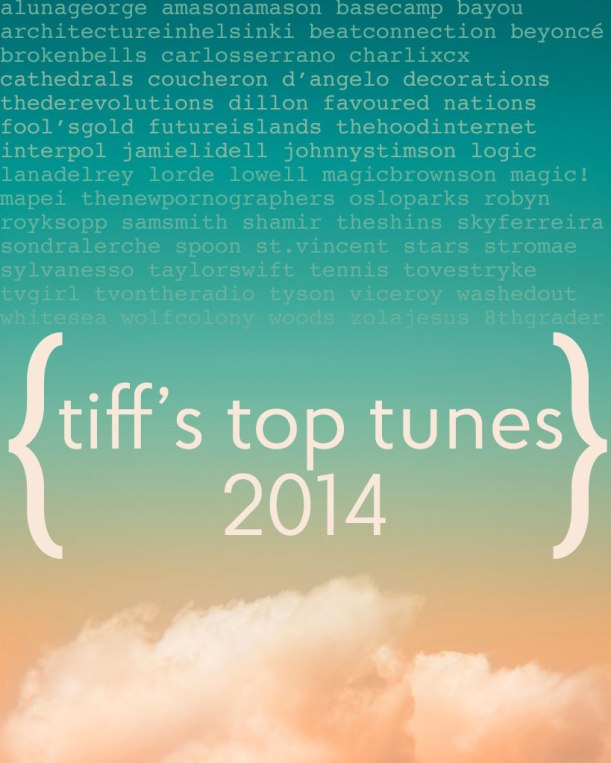 I’ve been putting out my take on the year’s best jams since…I dunno.  Forever.  As in Nirvana and audio cassettes were involved.  2014 is no exception, except I’ve moved far from hitting record.

While I wasn’t CRAZY in love with so much of this year’s new tunes, it was still a good year.  The Black Keys were a little underwhelming, but Spoon, The New Pornographers and TV on the Radio filled in that gap.  In terms of newbies, we got Shamir; and Stromae made his leap over the Atlantic (and into the Mockingjay soundtrack for some serious mainstreaming). We got so much modern soul and sexy with electronic love from Aluna George and FKA Twigs. And of course – there was  this little hippy shaking ditty after all.  Charli XCX made her big debut this year after teasing us with the funnest EPs and mixtapes over the last couple of years. And some of the best music also snuck in at the end of 2014 (so much gratitude to D’Angelo).

Favourite song this year?  I can never pick one. But Sylvan Esso’s Coffee sits up top.

I dig anything that makes my ears happy.  The tunes (including remixes) on this list are the ones that elicited some sort of visceral reaction in me and often wound up on repeat for the rest of the year.  I can also guarantee that they are definitely not the super-progressive-indie-electronic beats going around these days. I’m getting too old for that.

So without further delay, here are my favourite songs that were released this year, in alphabetical order for fairness.  (and lists for faves in 2011, 2012, and 2013).  Enjoy your Monday!