I grew up in Tucson, the obvious hub for Malaysian food. It sounds weird, but I was lucky enough to have my friend, Michelle, whose family owned a Malaysian/Chinese restaurant, Seri Melaka. I spent a lot of time there in high school, draining the buffet of lo mein and orange chicken, but my 16 year-old dumb taste buds didn’t realize that the best stuff on the menu was the food from Melaka. When they opened a second restaurant, and I actually read the menu, I fell in love.

I went to KL last weekend to visit some friends and insisted on hunting down Melaka food, specifically one dish, Nyonya Popiah. Michelle’s restaurant served it and I ordered it every time, to the point where her mom would laugh at me for being such a one-trick-pony. It looks a bit like and Asian-inspired burrito, but is so much better than that. 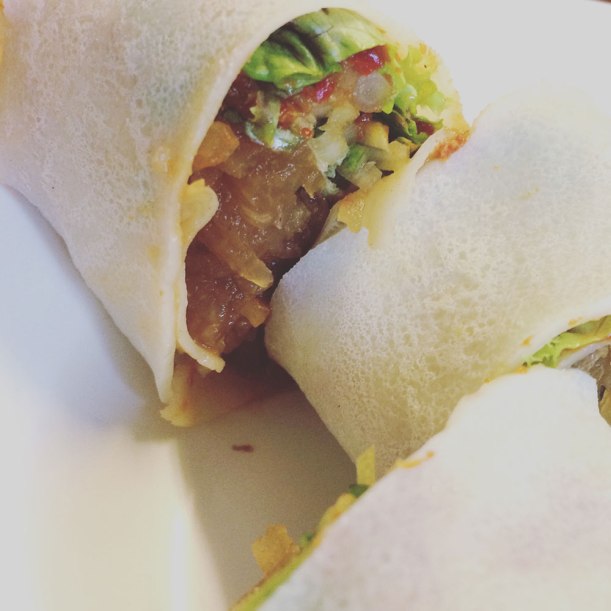 The outside wrapper is sort of a spongey crepe, and the inside is filled with fried garlic, jicama, carrots, bamboo, lettuce, sambal sauce and probably some other amazing stuff I couldn’t identify. It’s a little salty, a little sweet, a little spicy and totally delicious.

Luckily, the internet provided me with information on The Straits Food Company (as in “Straits of Melaka”). This restaurant feels like two street food carts had a Malaysian hipster baby. The food was delicious, diverse, cheap, and served in a great atmosphere. Bonus points for the monster monsoon that provided the soundtrack outside. 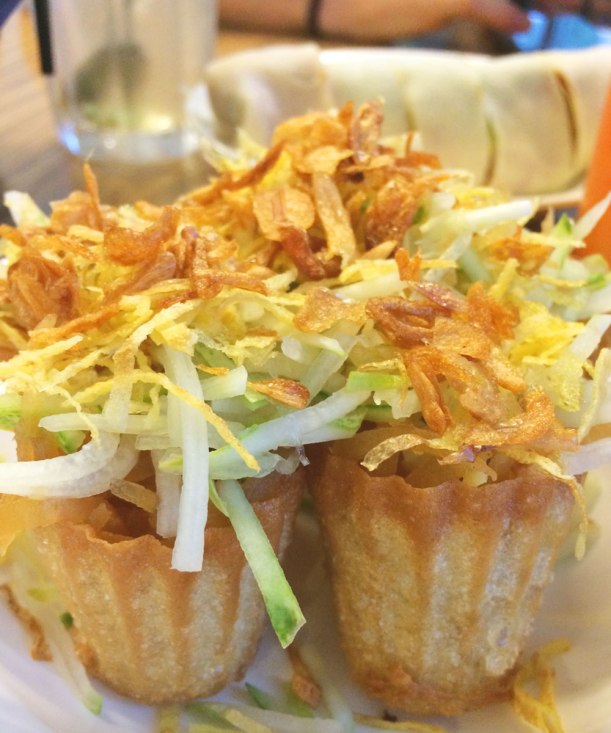 So if you live in Tucson, go to Seri Melaka, and beg them to put nyonya popiah back on the menu. If you are anywhere near KL, get to The Straits Food Company, kind of right now. On the ceiling, in multiple languages, they have written “FOOD FOR ALL,” and we should be so lucky.

Who has two thumbs, a dumb grin and loves Melaka food? This guy.

Advertisement
Two ladies in Phnom Penh who love the weird, the delicious, the beautiful and the creative. This is where we document our process and our lives.