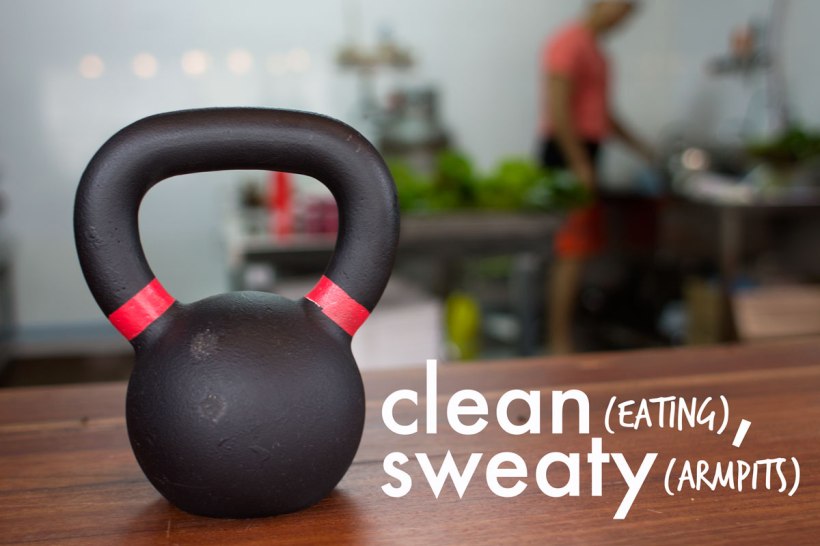 Kettlebell Café is now open for business (well sort of, they’re still in their soft opening phase)! Located just next to the Crossfit Amatak gym on the corner of 454/123, Kettlebell Café offers coffee, a juice bar, and healthy breakfast and lunch options. We spoke with Corbett and Olivier last week about the café and how small businesses like this are changing the landscape of Phnom Penh. 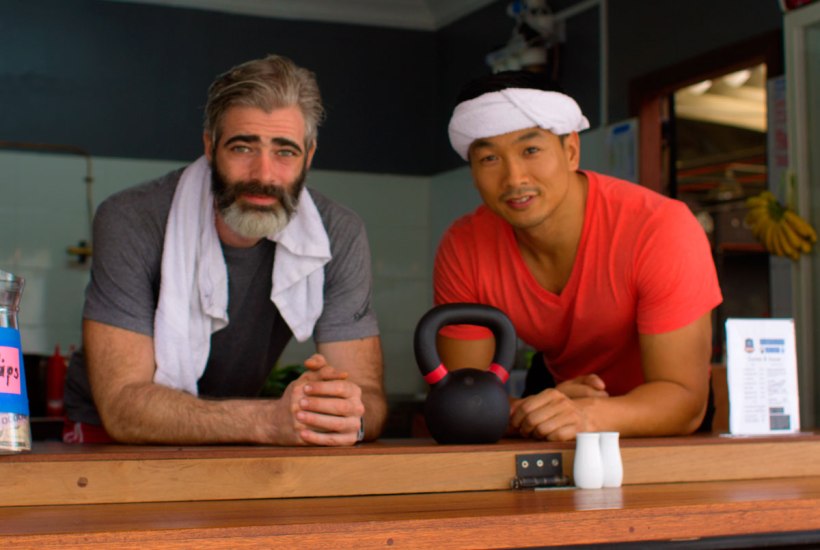 Corbett worked as a barista for about 8 years. He calls these “the lost years,” but we think of it as “coffee-snob legitimacy training.” Having worked in the food service, he didn’t come to Cambodia to cook. Corbett landed here because of a podcast, obviously. After teaching English in Korea and living in Japan for a few years, he listened to an episode of This American Life that focused on Cambodia. He decided he would go to graduate school and get a job in Phnom Penh, and that is exactly what he did. (Side note: Corbett was Cait’s first new friend in Cambodia, they landed on the same day.)

After three years working at 17Triggers (a local company that does marketing for good causes), and working on his side businesses in his free time, he has decided to put all of his effort into Amatak and Kettlebell Café.

His interest in health and fitness is nothing new, but he has never been “one of those super fitness people.” Phnom Penh does not lack for restaurants, but it has been missing a healthy, balanced lunch spot. Most options are either filling and fatty or stingy and skinny. “One cannot live on salad alone, or one may chew one’s arm off.” Plato said that, or maybe it was Cait one time when she was hangry…In any case, the goal for the café is balance. The paleo-inspired menu is both healthy and delicious, while keeping reasonable prices and fast service.

Their coffee is equally delicious.  Although a skilled former barista himself, Corbett sought the help of regional coffee consultant, Jen Green to help source equipment, beans and train staff to produce some fine liquid heaven. As a result, some are known to get their required dose here every morning in the form of a cortado (eg. Tiff).  To make things healthy, though Corbett prefers real dairy himself, almond milk is also offered for the lactose-deterring.

“I don’t know how many times I’ve been to (local coffee shop) and have been the only person in line just to get an espresso and its taken 5 minutes and they give you your water and everything before hand and it’s like “just give me my coffee so I can go.” So we wanted to fill that gap by providing high quality coffee. At a good speed and fair price. No flash.”

Corbett met Olivier, Kettlebell’s chef, when Olivier joined Crossfit in September. He had already been following a Paleo diet, so he was familiar with the ingredients and restrictions. (Though his weakness lies in French pastry, especially the mille feuille. He is, after all, human.) Olivier is from Paris, and he was trained as a chef and worked in some top restaurants serving very French cuisine. He has worked with some of the best restaurants in France, but his family is Cambodian, and he moved here two years ago to be with them.

While in Paris, he also worked for Air France Catering, so he has serious portioning skills. Most of his flavours come from his French influence, and he works with local products to create healthy, delicious, French-ish food, just without the bread and butter. The daily rotating menu keeps things interesting.

“The idea is that we don’t want people to come just once a week, but because the menu is constantly changing, they feel fine coming two or three times a week and enjoy the ‘what do we have today?’ atmosphere; which is also quite different, there aren’t too many places that do that.” 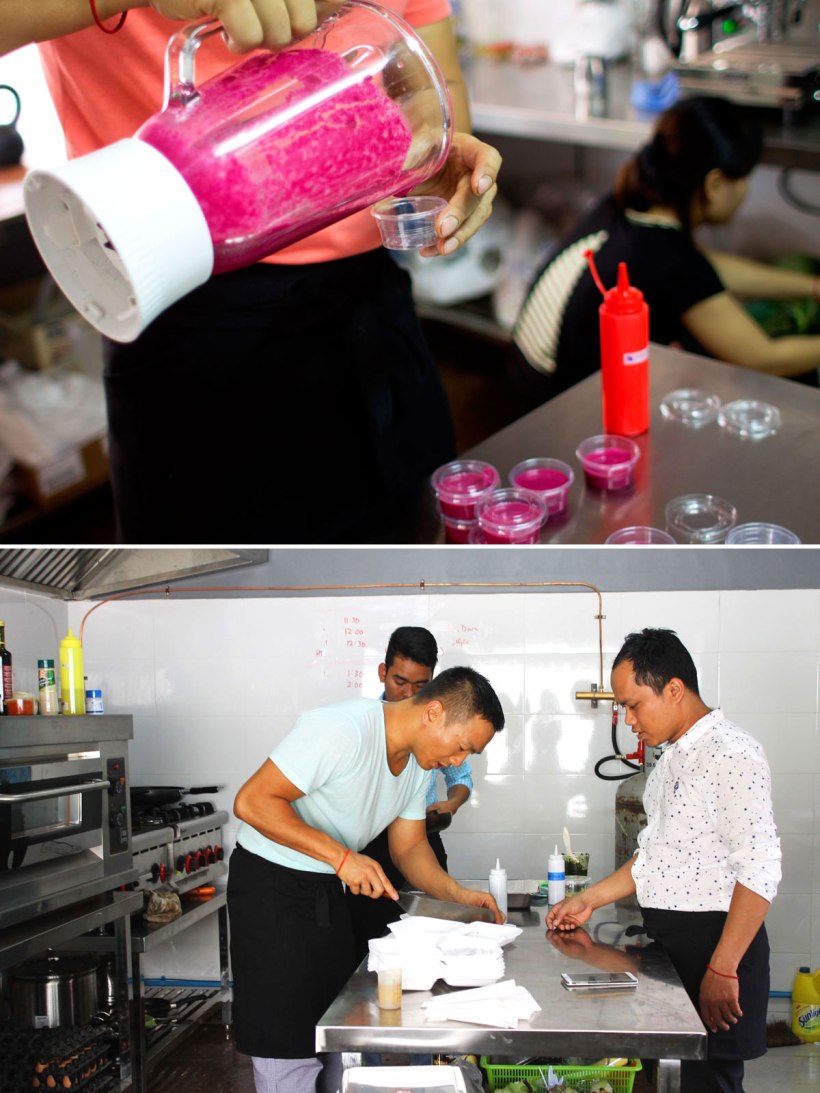 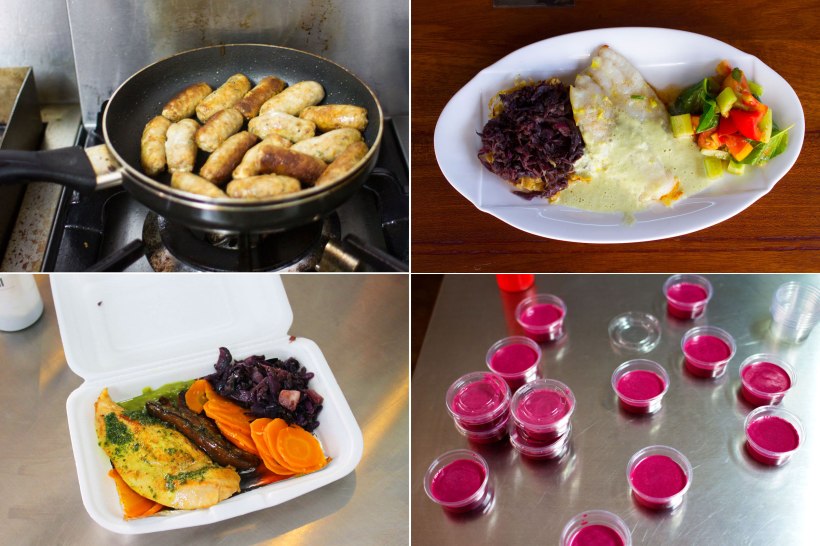 Cambodia is an easy place to set up a business. It’s possible to take risks and be more creative here because there is less to lose and it’s easier to recover. Amatak is the first Crossfit gym in Cambodia, and Kettlebell is the first healthy café of its kind.

“You can afford to fail here.”

The neighborhood is ripe for change and after these guys moved in, it now really is where the cool kids hang out. For a few years there has been a growing expat community in the neighborhood, but a serious lack of coffee and lunch options. With the opening of new places in the area, “People are keeping their money in the neighborhood for their weekday activities rather than going to BKK or riverside.” 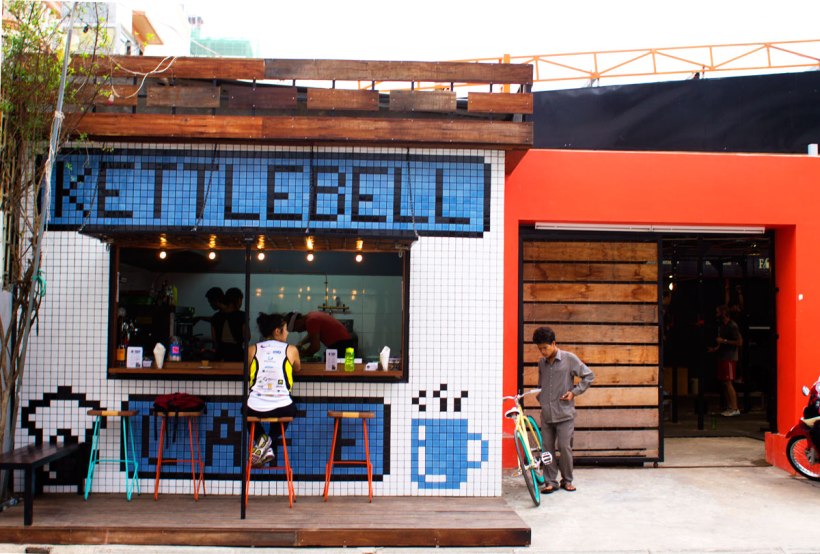 This change has also prompted a pedestrian culture in the area. For those of you that do not live in Phnom Penh, sidewalks here are mostly used to store large vehicles, small vehicles, napping tuk tuk drives, piles of trash, stray dogs, and the occasional family taking a nap. This is to say, people don’t walk around much. But with this neighborhood renewal, you see more and more people walking, meaning less traffic and congestion in the area. 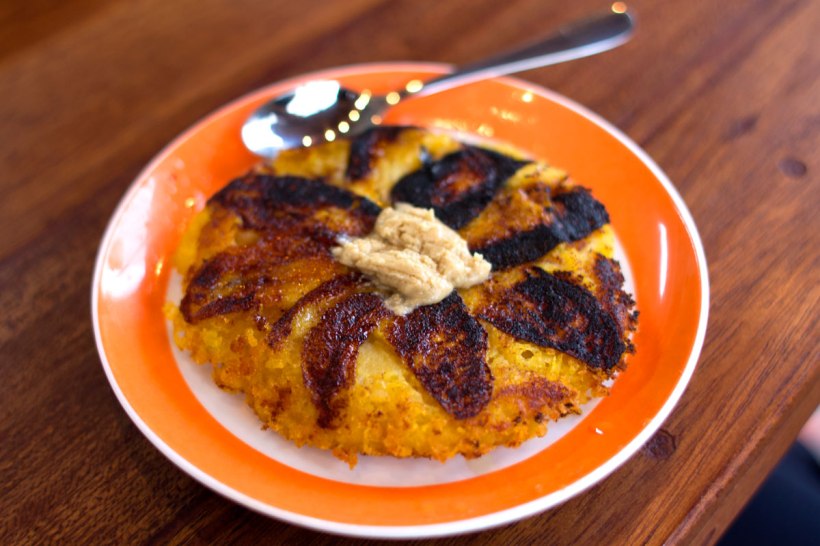 “So I’m not the model of fitness, obviously, but we can help encourage a more balanced lifestyle.”

There is talk of a bike shop (more on that soon), a possible second location of the Crossfit gym is in the works. But for now, the guys are working to fine-tune the current menu, work with portions and pricing, and reach a wider market beyond the expat community. As of now, about 90% of patrons and members are expats, but the vision is to take it further. They want to the area accessible and attractive to locals, and want to create a different kind of community in Russian Market. They are on their way.

Crossfit Amatak and the Kettlebell Café can be found at #45, street 454 (near corner of street 123) in Tuol Tom Puong, Phnom Penh, Cambodia.  Kettlebell is still in it’s soft opening phase and are serving a limited number of plates Monday to Friday and only breakfast on Saturdays.  If you would like to book one of their boxed lunches or reserve a plate, check out the Crossfit Amatak Facebook page everyday!

All photos by Tiffany Tsang. Please request permission for use.